Check how easy it is to create a Bluetooth peripheral device with bleno library by Sandeep Mistry. Read the first of four parts of Bluetooth with Raspberry Pi and bleno. To download full version in Ebook, click here!

Working directly with BlueZ, the Linux Bluetooth protocol stack, can be overwhelming. The learning curve is steep and prohibitive, especially when all you want to do is to spike new technology.

Fortunately, bleno provides a very nice node.js wrapper on top of BlueZ, allowing you to work with Bluetooth 4.0+ and GATT protocol. bleno allows you to implement a peripheral device (think: a sensor you connect to to get some data). If you are interested in implementing a central role (think: a smartphone), there is another library called noble.

My goal is to demonstrate how to setup bleno on your Pi (or any Linux machine for that matter).

We're not going dig into GATT just yet. We'll create a simple app that broadcasts as an iBeacon.

iBeacon is a protocol on top of Bluetooth 4.0 that makes it possible for a device to broadcast its identifiers to nearby receivers.

Firstly you'll need a Linux machine with a Bluetooth 4.0+ adapter. This can be a Raspberry Pi 3 with integrated Bluetooth module, or a laptop running Linux (with Bluetooth built-in or added as a USB dongle).

You can verify available Bluetooth adapters with:

bleno will use hci0 by default. If you want to use another adapter, specify it with an environment variable:

The bluetooth system service needs to be disabled for bleno to work, otherwise some operations will just fail silently. This is quite easy to miss.

Bleno lets you create an iBeacon app in just a few lines of code:

You always need to handle the stateChange event so that you only start using other bleno functionality, once the Bluetooth adapter has been properly initialized.

The broadcast itself is started with single method call. The tx power param does not actually change the power of the transmission. It is declared and used by receivers to estimate the range from the beacon. Run the application (see bleno docs if you want to skip sudo).

Now you should be able to see the beacon in any Bluetooth scanner app. Here's an example: 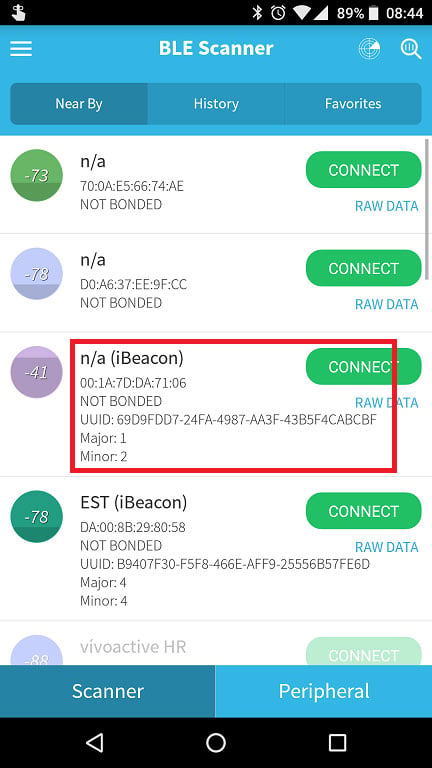 Performing this simple steps, you will be able to quickly implement app broadcasting as an iBeacon with bleno. Do you want to dig deeper and work with GATT, notifications and iOS client? Download Ebook! 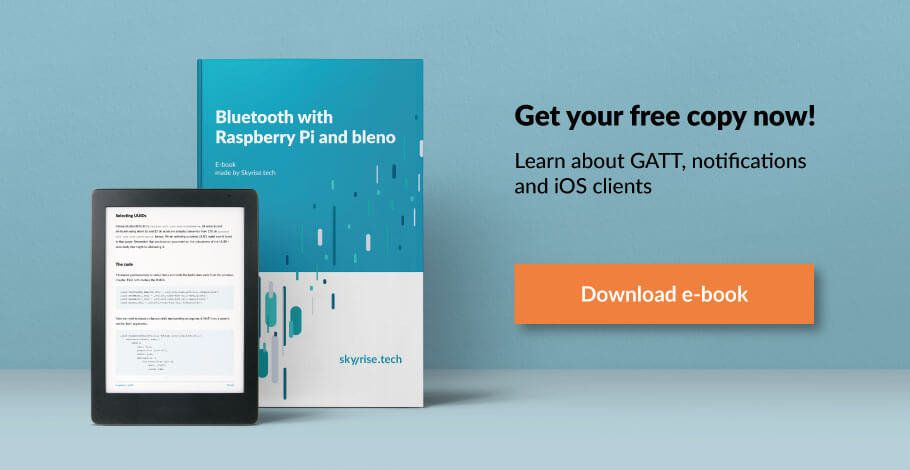