In-car user testing. How to test a mobile app with drivers?

In-car user testing. How to test a mobile app with drivers?

Parkanizer is an awarded parking application for which we conducted very interesting in-car user tests. In this article I would like to share my knowledge with you for the sake of next user-friendly mobile applications for drivers.

If you have any questions along the way, don't be afraid to ask in the comments!

Do you know the Pareto rule? 80% of preparation and 20% of work give great results. When conducting the in-car tests with real users preparations are the essentials. One needs to use the imagination to ask the right questions in the right moment.

So before research, you need to have an overall overview on what you want to study. In your imagination, try to recreate the natural circumstances and route for your scenario as much as possible.

Try to imagine how would the test looks like in details

Here are some questions I was asking myself before conducting in-car tests for the Parkanizer application.

As I mentioned, these are just some questions ;)

In-car user testing. Where to start and finish the tests

There are different logistic, but also technological factors that will determine the best place to start and finish the usability test with a driver. I recommend considering at least 4 of them:

The design of the mobile application should be tested in various circumstances due to gaining real-life knowledge in different situations. The key is to recreate the natural circumstances and route for your scenario as much as possible.

Example: If the user should use the app on the way to work, try to accompany him/her someday in the morning when he/she actually drives to work. Then it would be natural to start the test at the user’s home and have a cup of coffee before hitting the road. Insights about the context of the service you are providing may turn out invaluable.

Again, your application must work smoothly in different driving situations. Observe what activities a driver does when driving. He or she can e.g.:

Of course, there is much more. If the app is usually searched for or turned on in the car – start by sitting in and let the driver show you how she/he does it her/his way.

But if you want to test something that would naturally be done out of the car, you can do it in the lab or any calm place where you can sit down with the driver.

The place your test ends also influences what information you get.

Another important factor is the driver's focus. In-car user testing may include situations whit talking, not talking, searching for a specific place in a hurry, using the app in a traffic jam and so on.

Collect some opinions about the satisfaction with using the app. Talk with the driver for several minutes in some quiet place and sum it up. If he/she is in hurry, ask the user if you can call him in the afternoon or tomorrow to ask what he thinks after several hours.

What do you test? Functionality vs mockup

There is a difference whether you test the app or mockup. 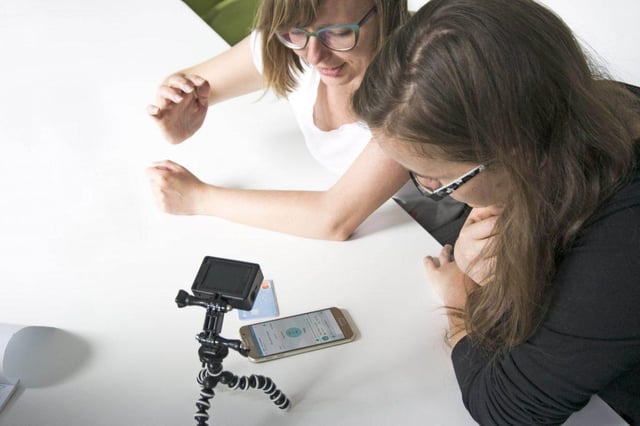 How much will it take to adjust to the user’s natural use scenario?

You are always trying to balance the pros and cons of some research decisions. Decide on the taken roads (known / unknown) but just make sure you pick the right combination of factors that make it possible to validate the product and get valuable feedback from the driver.

For me – it usually means getting as close to the natural use of the app as possible, on the routes that the drivers would pick themselves.

A video recorder, a voice recorder, a smartphone... What to pick? Consider the length and purpose of your test.

If you check only one or two functionalities, it may be sufficient to record the interview with the voice recorder on your smartphone and use a smartphone as a video recording device in the crucial moments. 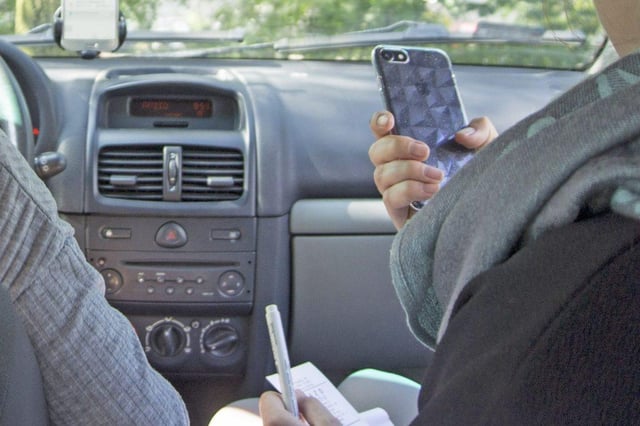 But be aware that with a smartphone you set some kind of a device barrier between you and the user. What is more, due to concentrating on recording with your phone you may be less concentrated and less attentive.

From my experience, it is better to record the user tests with a small portable camera used together with several types of grips. 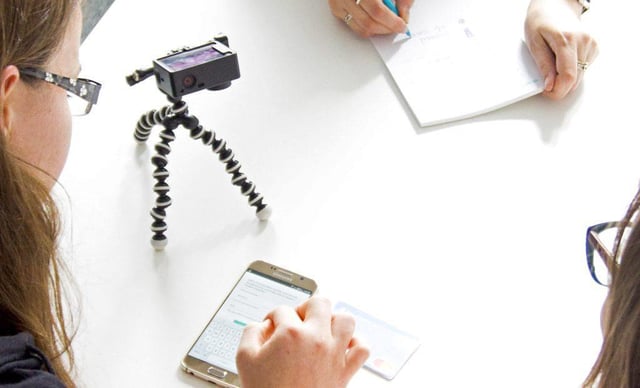 For Parkanizer we have used a Go Pro HERO 4 Silver for the last 18 months – it is just sufficient for our needs. It is light and can be used even outside the lab.

Extra tip: Pick the lowest quality possible which looks OK for you for the recordings – you will save storage space and energy of the camera. If you need, you can use the mode which includes both recording video and taking pictures every several seconds. 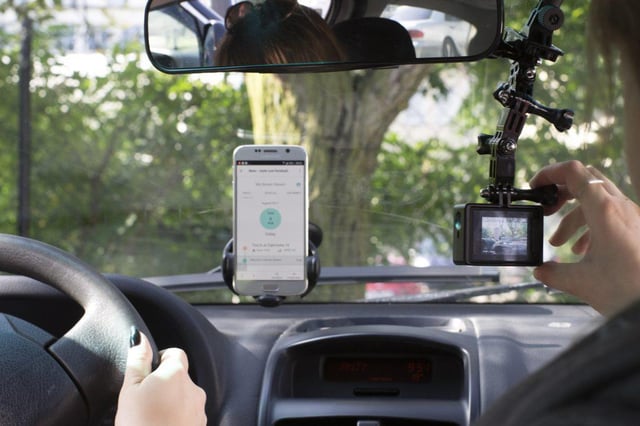 Grips can really help when installing a camera.

At least one day before you take off for the test with a driver:

As a practitioner who always tries to counteract the worst scenarios before they become reality, I would also recommend that you take your laptop to the field with you.

Thanks to that you will be able to download the files immediately after recording and recharge the camera a bit before another test.

Learn as much as possible about the driver in advance

As a good researcher, you want to know exactly who will use your app. I mean not a demographic profile, but drivers habits.

In Parkanizer we asked eg. about: how the user drive, where he puts a smartphone in the car, does he pair it with any devices, how much does he use it during the drive and during the day. We asked all the questions that supported the development of a useful app.

One of the most important things you have to learn is whether the driver uses any kind of car phone holder. It may occur that the user has it, but does not use it or does not have one at all.

This is the place where the research gets really tricky: you have to ask yourself if you want to test the application with minimal intervention and maximum realism or do you put safety first. 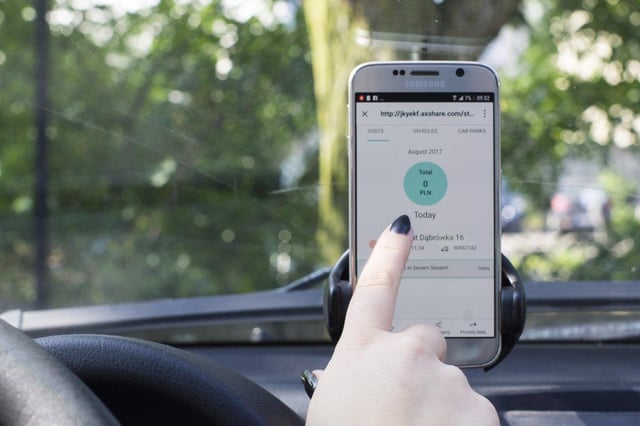 I very rarely make the decision that the need for full realism of the research context beats the need for responsible behaviour behind the wheel. Safety first.

The U.S. Center For Disease Control and Prevention estimates that 9 people are killed every day in the U.S. as a result of crashes involving a distracted driver.

It is though very important to reduce the distractions to a minimum – design the application so it requires minimum attention and interaction, but also make sure the cell phone is located in the spot where having a look at it does not require the driver to take her eyes off the road.

If the driver you are meeting with is still unaware of the possible effects of being distracted by her phone, it is your role to educate him.

But not only the electronic devices may distract the driver during the test. It can be also you and your questions that cause tension, pull the driver's attention off the road and make it difficult to stay concentrated on driving.

That is why you should:

Remember – a small talk between a passenger and a driver is not a crime, but you must be sensitive to the capabilities of the person you are interviewing in these specific circumstances.

If you can see that some functionality of the app causes distraction and may be a source of dangerous behaviour on the road, make sure your team redesigns or removes it from the app.

You are a guest

People treat their cars as extensions of themselves or their homes. They decorate it, they keep their things inside, they let it be maximally messy or keep it as tidy as they like. Each car is different.

As Michael Margolis remarks in one of his latest posts on Medium - when you are conducting a test with a user, you should behave like a good host - do your best to make her comfortable and build a rapport by being open, attentive and encouraging, but not overwhelming.

In Parkanizer we did nothing more and nothing less than being a gracious guest.

That is why our application got awarded!